Do you Love Stock Fish? 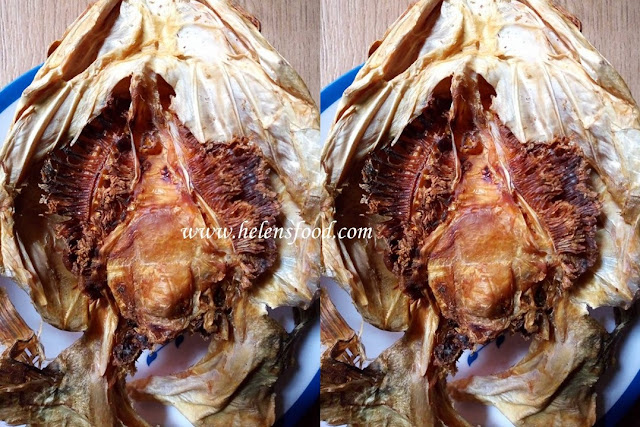 If you are familiar with stockfish, you should have a way of detecting the particular type when you taste it in a soup. Well…let’s say this is perculiar with most women in Nigeria especially,  who are fond of cooking their soups with stockfish. To an average Igbo woman for instance, a soup is not rich enough if there is no stock fish in it. In Igbos call stockfish okporoko.
Stockfish is a world class delicacy and an important part of Norway’s cultural heritage (Norwegian cod). According to Wikipedia, ‘Stockfish is unsalted fish, especially cod, dried by cold air and wind on wooden racks (which is called “hjell” in Norway) on the foreshore.‘
I recently nterviewed some women in Nsukka market who sell stockfish. I asked them what people think about stockfish and using them to cook. See below chat:
Helensfood: Why do you think people use stockfish to cook?
Response:  Because they think it adds to the taste of food, especially soups. There’s usually a difference between soups prepared with stock fish and the ones without them.
Helensfood: How often do you sell your product (stockfish)?
Response:  We sell like one bag per week. Lots of families, restaurants and hotels use stockfish to prepare different food. Workers also order in bulk and they share among themselves.

Helensfood is home to 5,000+ of the web's best branded recipes, plus bloggers who share their best recipes!

Helenfood is home to 5,000+ of the web's best branded recipes, plus bloggers who share their best recipes!